What is Mac mini?

The Mac mini from Apple is a low-cost and very compact personal computer that runs the Mac OS X operating system and is sold without a display, keyboard, or mouse. It allows users to play blu-ray files, blu-ray discs on it so as to experience the most wonderful blu-ray home cinema effects. Apple's hope is that buyers will want to move their existing PC-attached devices to the Mac mini in order to take advantage of its flexibility and OS X ease of use and capability. Since the core part of the computer is very small and portable (only two inches high and six-and-a-half inches wide, less than 3 pounds), it can easily be moved from room to room. Primarily aimed at the home user, Apple emphasizes its use for entertainment applications such as capturing and exchanging digital images, video and music and for practical applications such as personal finance management. 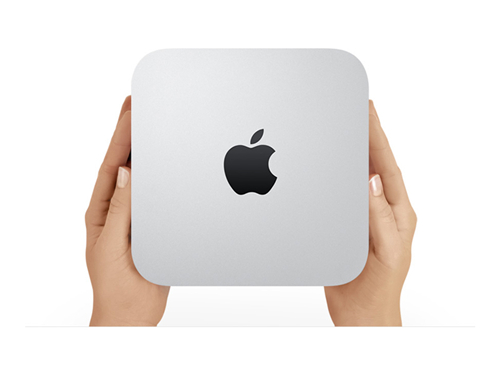 2-      Intel HD Graphics 4000 delivers up to 65 percent more pixel-pushing performance than the previous generation of integrated graphics. So video and games are smoother and more responsive.

3-      Up to 1TB hard drive enables you to pack more and 256GB of flash storage delivers nearly five times the performance of a disk drive4.  And the Fusion Drive automatically and intelligently manages your data so that frequently used apps and files stay on the faster flash storage, while infrequently used items move to the hard drive. You’ll enjoy shorter boot times.

4-      Thunderbolt technology features two 10-Gbps channels for data transfer which makes it up to 12 times faster than FireWire 800 and 20 times faster than USB 2. Besides, it gives you unprecedented expansion capabilities. You can daisy-chain as many as six Thunderbolt devices — including two Apple Thunderbolt Displays — to a single port.

6-      One of the great things about Mac mini – you can mix and match it with almost anything. You can plug your own display, keyboard, and mouse into Mac mini, use what you’ve got. Turn it on. And just like that, everything works together.