The RealAudio format was originally developed by RealNetworks, Inc. and is a propriety audio format -- the first public version was released in 1995. Although the RealAudio format isn't as popular as it once was, it's still a very flexible audio scheme that can be used for a variety of applications. 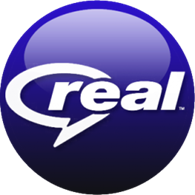 What is it capable of?

Streaming:
Internet radio stations can use the RealAudio format to deliver broadcasts in real-time (streaming music). There are quite a few audio codecs that can be used to compress audio making it a flexible system.

Files Encoded at Variable Bitrates:
The RealAudio format makes it possible to encode audio data in a variety of bitrates for downloading. The advantage of this is that you can encode audio to suite the application in question. For instance, if delivery is needed on a low bandwidth connection (like the old dial-up modem days) then a low bitrate can be used to create files small enough to download easily.

More about RealAudio on Wikipedia
Comparison of audio formats