BD refers to Blu-ray Disc, the name of a new optical disc format jointly developed by the Blu-ray Disc Association (BDA), a group of the world's leading consumer electronics, personal computer and media manufacturers including Apple, Dell, Hitachi, HP, JVC, LG, Mitsubishi, Panasonic, Pioneer, Philips, Samsung, Sharp, Sony, TDK and Thomson. It was developed to enable recording, rewriting and playback of high-definition video (HD), as well as storing large amounts of data. The format offers more than five times the storage capacity of traditional DVDs and can hold up to 25GB on a single-layer disc and 50GB on a dual-layer disc. This extra capacity combined with the use of advanced video and audio codecs will offer consumers an unprecedented HD experience. 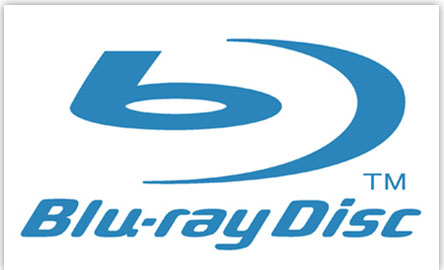 The name Blu-ray Disc refers to the blue laser used to read the disc, which allows information to be stored at a greater density than is possible with the longer-wavelength red laser used for DVDs. Besides the hardware specifications, Blu-ray Disc is associated with a set of multimedia formats. Generally, these formats allow for the video and audio to be stored with greater definition than on DVD.

The benefit of using a blue-violet laser (405nm) is that it has a shorter wavelength than a red laser (650nm), which makes it possible to focus the laser spot with even greater precision. This allows data to be packed more tightly and stored in less space, so it's possible to fit more data on the disc even though it's the same size as a CD/DVD.

The "Mini Blu-ray Disc" (also "Mini-BD" and "Mini Blu-ray") is a compact 8 cm (~3 in)-diameter variant of BD that can store approximately 7.8 GB of data. Similar concept with MiniDVD and MiniCD. Recordable (BD-R) and rewritable (BD-RE) versions of Mini Blu-ray Disc have been developed specifically for compact camcorders and other compact recording devices.

"Blu-ray Disc recordable" refers to two optical disc formats that can be recorded with an optical disc recorder. BD-Rs can be written to once, whereas BD-REs can be erased and re-recorded multiple times. The current practical maximum speed for Blu-ray Discs is about 12×. Higher speeds of rotation (10,000+ rpm) cause too much wobble for the discs to be written properly, as with the 20× and 52× maximum speeds, respectively, of standard DVDs and CDs.
Since 2007, BD-RE is also available in the smaller 8 cm Mini Blu-ray Disc size.

The BD9 format was proposed to the Blu-ray Disc Association by Warner Home Video as a cost-effective alternative to the 25/50 GB BD-ROM discs. The format was supposed to use the same codecs and program structure as Blu-ray Disc video, but recorded onto less expensive 8.5 GB dual-layer DVD. This red-laser media could be manufactured on existing DVD production lines with lower costs of production than the 25/50 GB Blu-ray media.
As of March 2011, BD9 was removed as an official BD-ROM disc.

Visit Blu-ray Disc on Wikipedia
See How to play a Blu-ray disc on Mac with Mac Blu-ray Player?