BIN is a binary file format for which there are many uses and consequently programs that use them. Examples include generic binary files that store data in a binary format for many programs and games and Macintosh binary files used to transfer files over the Internet containing the finder header, data fork, and resource fork intact from the hierarchical file system (HFS). 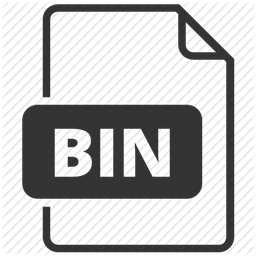 Disk images are typically binary files though they often use other file extensions. BIN files used for both disk images and as video files may require a companion .CUE file that describes what is saved in the .BIN. They may also be Unix executable files that can be run on a Unix operating system, such as Linux or FreeBSD.