MP4, also named MPEG-4 Part 14,is a digital multimedia format most commonly used to store video and audio in addition to other data such as subtitles and still images. It allows streaming over the Internet like most modern container formats do. The only official filename extension for MPEG-4 Part 14 files is .mp4, but there are many other extensions like .m4a and .m4p. M4P is a protected format which employs DRM technology to restrict copying. MPEG-4 Part 14 (formally ISO/IEC 14496-14:2003) is a standard specified as a part of MPEG-4. 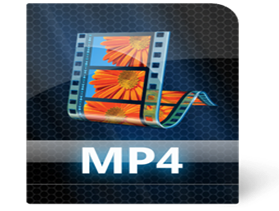 1-  MP3 video player that called MP4
This one is not MP4 but essentially MP3; and being called MP4 is merely out of commercial reasons. This type of MP4 has got a pretty small OLED or CSTN low-end screen (0.8~1.8 inch) and insufficient internal memory capacity; it supports specific formats like MTV, MP4,MPV, or DMV, etc. So it’s simply a MP3 that can play video.

2-  Hard disk type
It’s simply a Walkman which uses hard disk as a medium. It features large space and can also function as a digital camera, digital video, or voice recorder, and accordingly more expensive than other types.

3-  Flash memory type
Compared with the hard disk MP4, this type of MP4 can be called a Walkman that uses flash memory as storage medium. It generally supports SD and TF cards.

4-  Digital MP4
This MP4 product falls in between MP4 and tablet PC, and it is able to play video and get more Android apps at the same time; usually sells at par.

Free Mac MP4 Player: Macgo Mac Blu-ray Player makes it easy to watch a MP4 movie on Mac…
MPEG-4 Part 14: MPEG-4 Part 14 or MP4 is a digital multimedia format most commonly used to store video and audio, but can also be used to store other data such as subtitles and still images…