How to Play Blu-ray on Windows 10

After installing Windows Blu-ray Player, you can double click on it to launch the program. The simplified main interface will reduce certain misoperation problems. You can see two buttons there: Open File and Open Disc. If you want to play a Blu-ray file, just click on "Open File" and choose the movie you would like to watch.

Step 3: Insert Your BD into the Blu-ray Drive

Insert the Blu-ray Disc into the Blu-ray drive. Wait for a minute when then disc is loading, and then click "Open" on the pop-up window. Also there are several auto play modes for you to choose. Find "Tools" at the top of the interface, and do directly to "Preferences> Playback> Behavior". Next time when you insert a Blu-ray disc, the program will load it for you automatically. 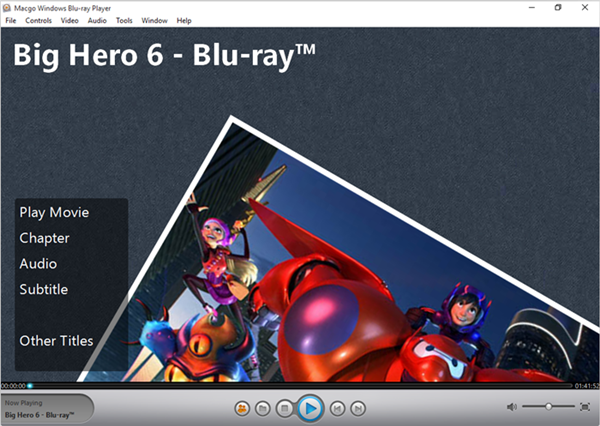 After waiting for several seconds, the special Macgo Blu-ray Menu will come up. In the Menu, you can play the movie directly or select the chapter, subtitle, audio track, and title, etc. Afterward, you can enjoy the Blu-ray audio-visual feast.

NOTE If the Blu-ray playback is unsuccessful, here are some tips for you.
Macgo Windows Blu-ray Player