After installing Mac Blu-ray Player, you can go to "Launchpad" and click on its icon to launch the program. The simplified main interface will reduce certain misoperations. You can see a menu at the top of the interface.

Note: The default play mode is Quick Play Mode, so if you want to use Blu-ray Menu Mode, please tick it every time before you open a Blu-ray disc. And then click "OK". 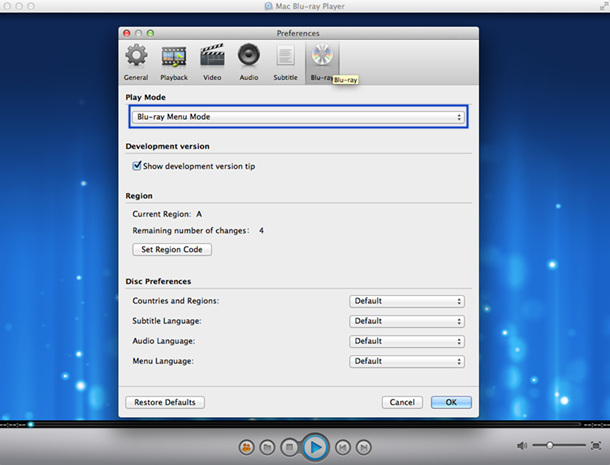 Step 4: Insert a BD into the drive

After you insert the disc into the drive, it will be loaded automatically.

If the disc is already in your Blu-ray drive, and you want to play Blu-ray Menu, please stop the movie to change the play mode and then click "Open Disc" in the main interface to start play.

After the loading process, a pop-up window will show up. Click "Continue" to experience Blu-ray menu in advance.

After a while, the Blu-ray menu will appear. You can make some adjustments there according to your own preferences, like select scenes, or set audio and subtitles and other stuff. After it's all done, you can directly click "Play Movie" to enjoy some Blu-ray time. 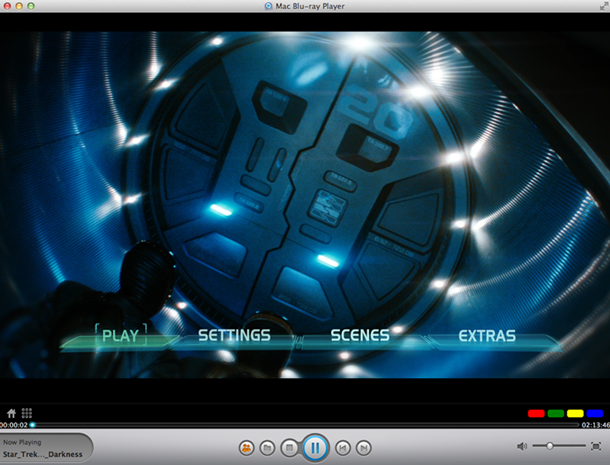